The TROA celebration was attended by many of the people who have been working on implementing the Truckee River Negotiated Settlement since the 1980’s.  Senator Harry Reid was instrumental in shepherding TROA for the last 2 and a half decades.  The Senator had planned to attend, but his flight from Las Vegas was cancelled due to the weather.  In remarks delivered by phone to the crowd of more than 75 people,  he acknowledged the many people who helped make TROA possible – including many of the people at the celebration. 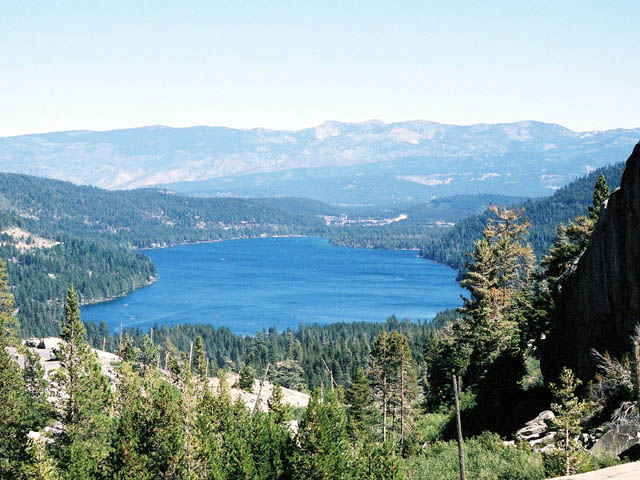 Donner Lake with the Carson Range in the background.