February snow and rain in California and Nevada quickly took a slightly below average winter season at the beginning of the year to well above average by the beginning of March. February snow in the Sierra set a record with as much as 400 inches of snow falling in and around the Lake Tahoe basin. As of this writing on March 1† the Truckee River watershed stood at 141% of average precipitation and Lake Tahoe at 136% of average. Lake Tahoe rose over a foot during February, much of it from precipitation directly on its surface. If the Sierra and western Nevada continue to receive average snow and rainfall during March, there will be continued above average flows in rivers and streams in California and Nevada. 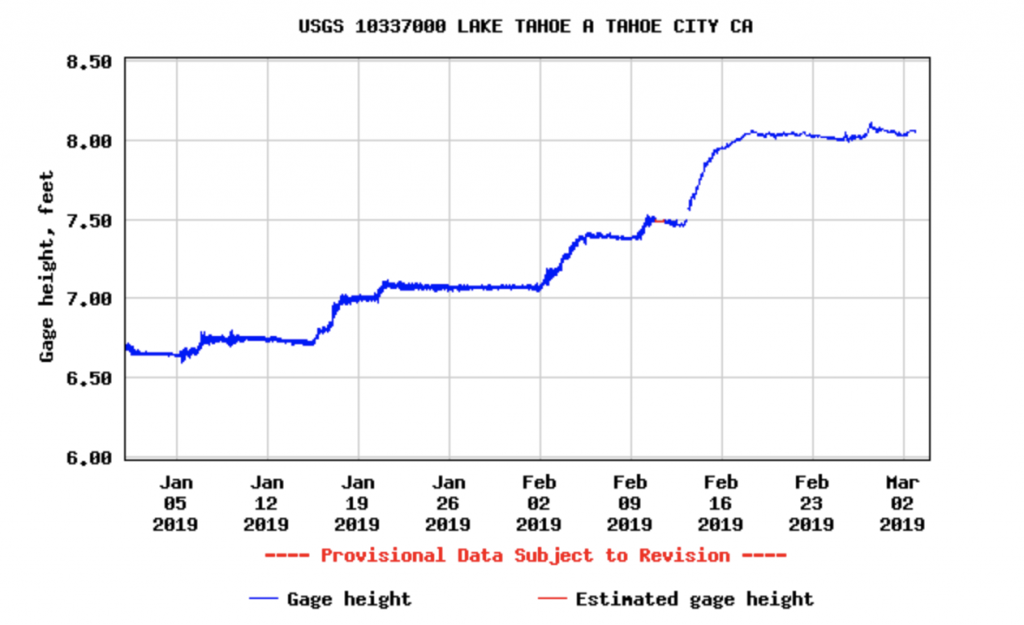 The remainder of the winter season will determine just how significant the runoff will be for the 2018-19 water year. A continuation of the wet weather will result in additional runoff to positively benefit the rivers and streams and terminal lakes of Nevada that were negatively affected by the dry winters from 2012 through 2016 and the overall dry conditions that prevailed in the western US since the beginning of the century.

† The water year runs from October 1 to September 30.
†† Percent of average is a floating value based on the historic average for a given date. 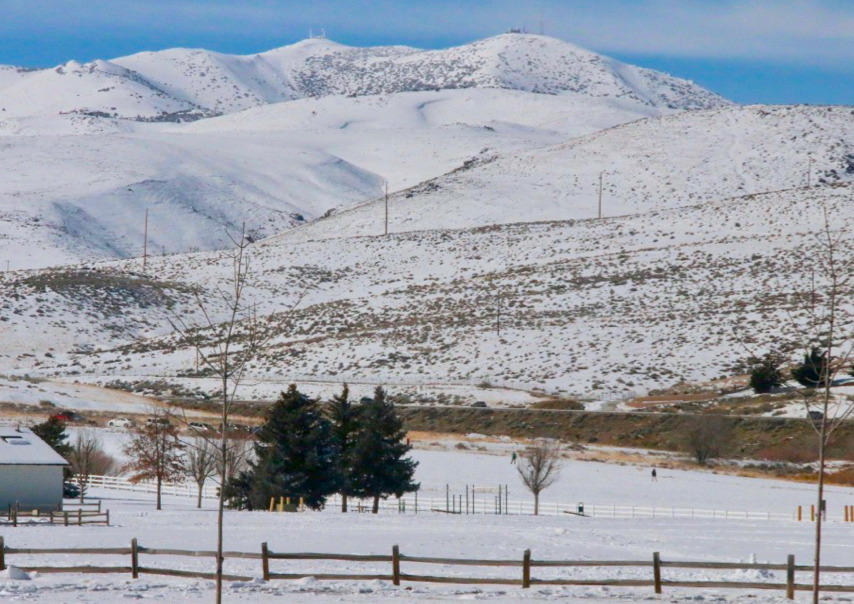