At meetings well over a decade ago, the Community Flood Coalition’s Flood Management Working Group conceived the idea to replace the old Virginia Street Bridge over the Truckee River with a new clear span Bridge.  The Flood Coalition was acknowledging that the then existing double arch bridge with its center support obstructed river flow during flooding events increasing flooding when water backed up behind the bridge into streets and buildings in downtown Reno. However, there were serious objections to removing the bridge because the early 1900s Virginia Street bridge was a historic structure and an iconic symbol of downtown Reno where new divorcees would toss wedding rings into the Truckee River as a symbol of their new freedom. 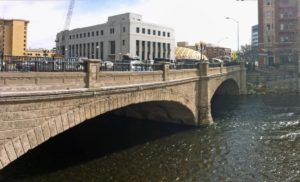 Many years later, the City of Reno and the Flood “Authority” decided to replace the bridge with a “suspension” style bridge – based on the need for improved flood protection for downtown Reno and the deteriorated condition of the old Virginia Street Bridge. The design was one that had met with approval from many citizens; however, the opposition to removing the old bridge remained. Many people who valued the historic structure lament its passing. As far as I know only the light posts on the old bridge were salvaged and installed on the new bridge. The earth-filled, concrete structure couldn’t be saved. 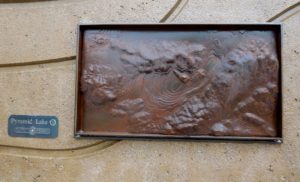 The celebration in downtown Reno of the new bridge featured live music, historic cars from the National Automobile Museum, and a large crowd of Renoites, City Council members, and  the President of Q&D Construction whose company built the bridge. Art work by Tutto Ferro is installed at a new river level area connected to the events plaza by a double set of stairways. One of the bronze-colored art pieces depicts the entire Truckee River from Lake Tahoe to Pyramid Lake. Another one shows Pyramid Lake’s bathymetry and the relief of the surrounding mountain ranges. Also, a the state of Nevada is given in relief showing its many mountain ranges and valleys. 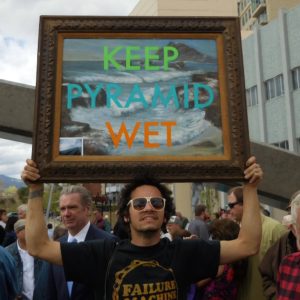 The bridge features a large deck with a sidewalk on both sides giving walkers nice views up and downstream on the Truckee. The suspension arch – above the roadway – leaves a completely clear span under the bridge for water to flow during high and low flows. Other bridges in Reno now will impede flood water far more than the new Virginia Street bridge. 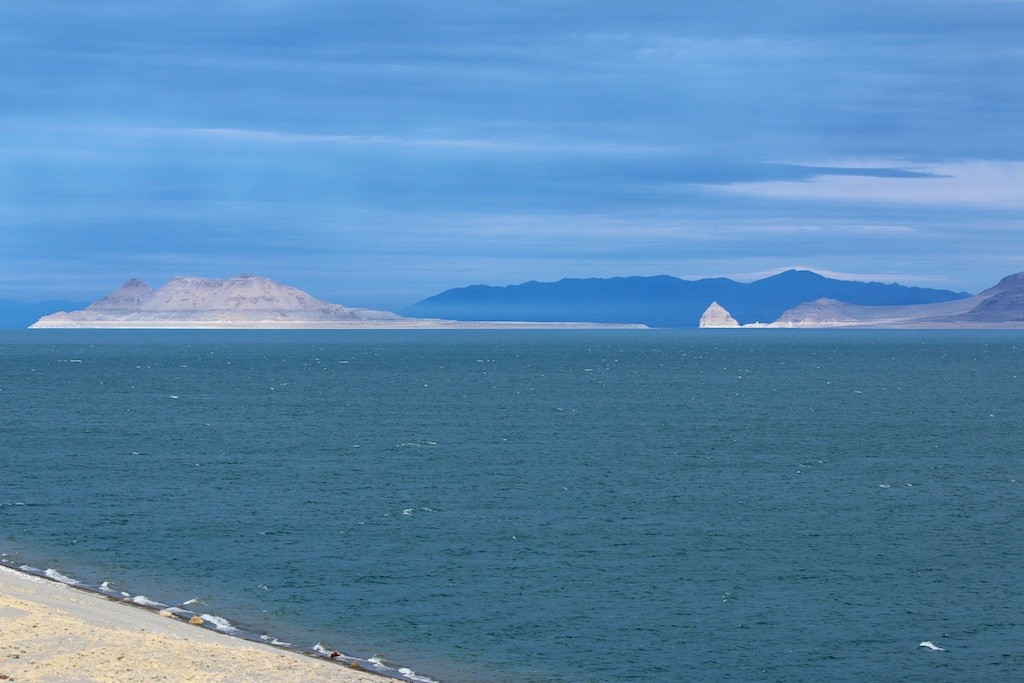 Pyramid Lake is the ancestral home of the Pyramid Lake Paiute People who have lived at Pyramid Lake for many thousands of years. This view of Pyramid from the south end shows Anaho Island National Wildlife Refuge (left-center) and the Pyramid on the Lake’s east shore. 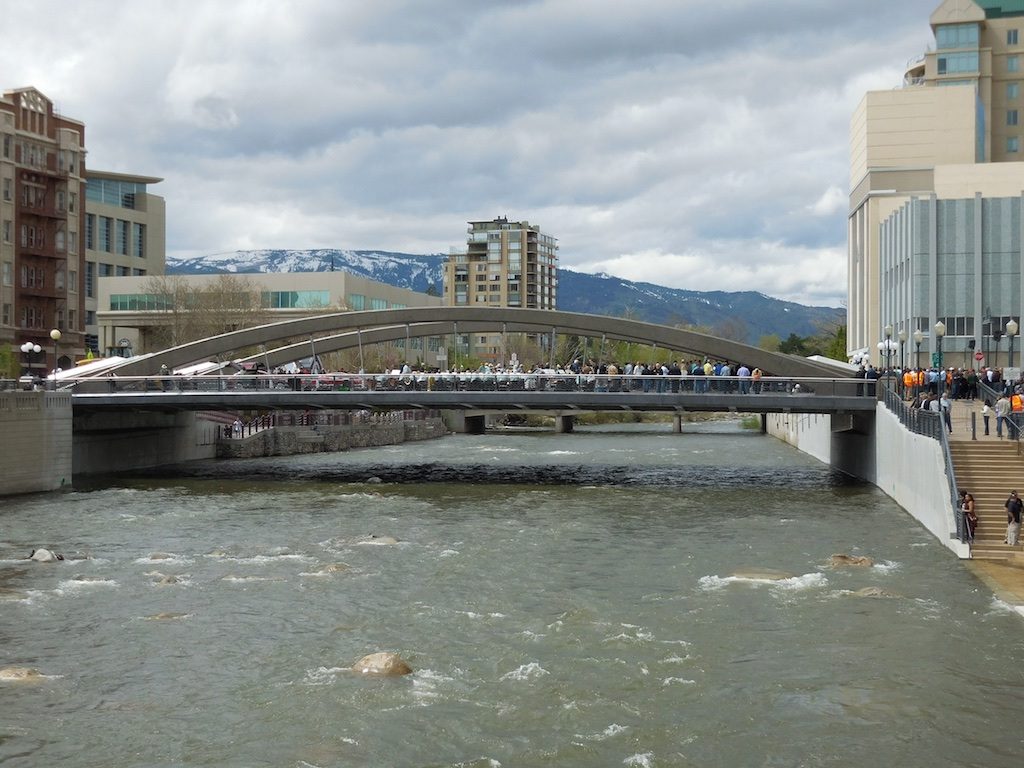